Share a memory
Obituary & Services
Tribute Wall
Read more about the life story of Judith and share your memory.

Judith Lynn Reynolds was born to Robert Burns and Betty May Reynolds in Sacramento, CA, on June 5, 1941. She was raised in Yreka, CA, but also spent quality time with her grandparents in Sacramento. She graduated from Yreka High School in 1959, and Heald's Business College in 1960. She worked as a secretary in San Francisco, then married Pat Wamsley and moved to Napa in 1962.

After her children were raised, Judy went to work at Napa State Hospital from 1977, until her retirement in 2005. Always adventurous, she traveled extensively in the United States and Europe and resumed hiking and skiing, sports she loved. She enjoyed visiting almost anywhere along the Northern California Coast - it was her happy place.

She married Ronald L. Silva in 1995. They resided for a while in Bend, OR, but eventually settled back in Napa. They continued to take trips whenever possible, but chief among Judy's joys was her growing family of grandchildren and great-grandchildren. During their marriage, Judy courageously survived cancer, but Ron's health failed and he passed away in 2015. She was once again on her own.

An enthusiastic quilter, she made quilts for all of her children and grandchildren. As an active member of Napa Valley Quilters, her skills grew and her creations became ever more lovely. She made many friends from this group. The Holmes Avenue Sewing Circle was another source of dear friends -these women have known each other for over five decades and have remained a close and loving source of strength for each other.

Mother, grandmother, great-grandmother, sister, and friend... Judy leaves a legacy of love and caring that we all hope to emulate.

The family wishes to thank Collabria Care for the timely, efficient, and empathetic support they gave Judy and her family.

To send flowers to the family or plant a tree in memory of Judith Lynn Reynolds, please visit our floral store. 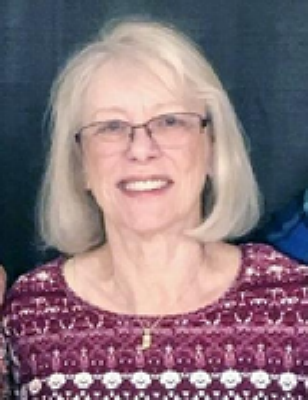