Share a memory
Obituary & Services
Tribute Wall
Read more about the life story of Carole and share your memory.

Carole was born in San Francisco on February 4, 1934. A bright and engaging child, Carole became an avid reader even before starting kindergarten. Her only sibling, Dotty, was born when Carole was eight. The small family, however, loved to get together with the many aunts, uncles, and cousins who also lived on the Peninsula. One of Carole's closest friends was her cousin Lou Ann, with whom she started a sorority at Sequoia High School in Redwood City.

In 1953, at age 19, Carole convinced her skeptical parents to embark on a ten-week tour of Europe, her young sister and Lou Ann in tow. While traveling to London via ship, the talented family often provided the entertainment, Carole on the piano and her dad, Charlie, on the saxophone. The American teenagers created quite a stir during their four-country adventure, serenaded by handsome Italians and sought after by young G.I-s. A lifelong love of travel was born.

Carole attended UC Berkeley where she met her future husband Tom. Their first encounter was on the steps of their off-campus-student housing when a kitchen fire forced everyone out of the building. This was a very fortunate accident for the couple, as they wed just seven months later and were happily married for 63 years until Tom's passing in 2019.

Shortly after graduation, Carole, Tom, and their newborn daughter, Melody, moved to the small town of Paradise in Butte County. In quick succession, Tammy, Tom, and Scott came along. As busy as she was with raising her four children, Carole was also engaged in community life. She was at the forefront of the women's movement and served as Butte County Women's Chairman of the Johnson-Humphrey campaign (known as Ladies for Lyndon), was active in the League of Women Voters and the Democratic Campaign Committee.

In 1967, the family of six moved to Sacramento County. Carole now felt her children were old enough for her to take on full-time employment as a Social Worker for Sacramento County. This work suited Carole's goal of helping others and making a positive difference, particularly in addressing poverty.

In 1980, Carole and Tom moved to the Napa Valley to be near family. Carole along with her sister and friends launched an exciting new business venture: Cuisine Renaissance. The Wine and Culinary Center, the first of its kind in the Valley, included a cooking school featuring famous chefs, catering services, wine bar, and upscale restaurant. Carole later returned to social work to complete her career in Training and Development for Napa County. She found helping women cultivate skills for gainful employment particularly rewarding.

While the family had always traveled, including camping when the kids were young, travel became a high priority when both Tom and Carole retired. They took countless trips to Europe and enjoyed many cruises, particularly a Caribbean Cruise in 2016, with 12 other family members.

Carole's early interest in politics continued throughout her life. She believed politics could advance social justice. She considered voting a sacred privilege and even completed her November 2022 ballot from her hospital bed. She participated on many campaigns for politicians who shared her values, wrote countless postcards for get out the vote efforts and used her tremendous wit and intelligence to write many an inspirational or satirical political poem.

Carole also wrote poetry for family and close friends. She celebrated their birthdays, graduations, weddings, and anniversaries. She wrote tributes to tell the stories of family members long gone as well as memorial poems for loved ones' celebrations.

Carole was a supremely talented piano player. Perhaps because music was in her blood; her grandfather was a composer and bandleader of the San Francisco Golden Gate Band and both her parents were musically talented, she didn't need to read music. She could play any familiar song by ear. Carole and her piano were the stars of many a gathering as she encouraged everyone to sing along. Carole initiated Musical Monday, at Willowbrook, where she resided to ensure friends could join in her love of music.

Carole was a big personality in a small package. She lived her life with optimism, hope and gratitude. Her zest for life and love of family showed in everything she did. A consummate hostess, Carole loved to entertain. Countless gatherings filled with laughter, delicious food, music, and games (especially Charades) were celebrated at her welcoming home.

In lieu of flowers, the family requests donations to either the Southern Poverty Law Center or Habitat for Humanity to honor Carole's lifelong efforts to improve social justice.

To send flowers to the family or plant a tree in memory of Carole Eve Patton, please visit our floral store. 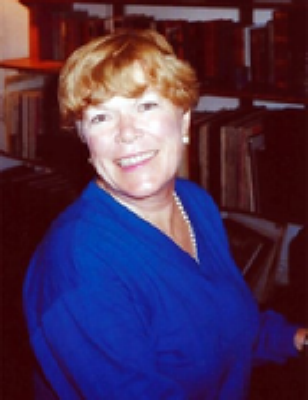 Family and friends are coming together online to create a special keepsake. Every memory left on the online obituary will be automatically included in the book.

You can still show your support by sending flowers directly to the family, or by planting a memorial tree in the memory of Carole Eve Patton